The first sessin to the yugioh campaign me and Dark have been working on. The OV in the title stands for overcome. I was going to have it be OC but OV sounded cooler.

My charmers bow for this episode, but their time will come soon... 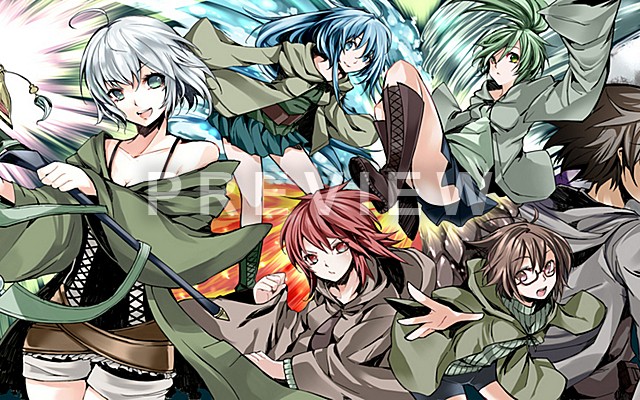 There time will come

How about I flesh Kyon out a tad?

Born and raised in New Domino City, Kyon is the son of one of the chief ministers in the controlling government and the son of one of the men who played a key role in the banning of Duel Monsters. He had a pretty uneventful life, somewhat privileged yet never happy with his father being away from home often and his mother not really giving a damn about much connected to him and he was being led along the path of following his father’s footsteps career wise without much choice. At the age of 11, Kyon had no real friends and rarely even left the house.
During his early teens, Kyon’s father brought him to his place of work in the government in order to “convince” him that it was the career path the boy should go along. However, at one point during the day, Kyon got lost in the building and ended up arriving at the confiscated items section. What happened then he doesn’t know but he suddenly felt as though he could hear someone calling out from behind the thick wooden door. When he opened the door he found no one to be within yet felt something calling from within a large metal box that had been roughly thrown towards the far wall…within the box he found a deck of Duel Monster cards lying scattered across the floor.
Though he had been raised believing that Duel Monsters were evil, something made him pick the deck up and, when he ran from the room as he heard someone coming, he didn’t even notice himself placing the deck into his pocket.
When he got home that night, as he pulled his coat off, Kyon discovered with horror that he had stolen from the government and that he had accidently stolen a deck. As he slowly looked towards the deck he found the image of Wynn the Wind Charmer looking up at him, the card on the top of the deck…and he felt as though he could hear a voice somewhere in his head though it was too distant to understand.
Eventually, Kyon became able to tell the difference between the seven voices that he began to sense being emitted from the deck, bringing him to believe that the deck was in fact alive within the cards., though he at first told himself this was impossible. Each of the voices came to represent a different side to his own heart and after two years Kyon had formed a strange connection to the cards that saw him seeing each of the charmers as completely different individuals and as far more than a deck. He kept the deck hidden all this time from his family, knowing that should they discover it, they would take it from him. When he started attending a local speakeasy, he became even more in tune with the deck and other duellists began mentioning that his monsters showed more than the typical basic emotion that was expected, their faces portraying reactions to the world around them but only subtly and this was blamed upon the duel visor and disk he had built himself.
Facts:
• Each of the charmers becomes slightly more outspoken depending upon Kyons emotion with the exception of Wynn whome seems to be able to whisper to Kyon louder than the others no matter his emotion. Kyon is still however, unable to understand fully what is being said at these times and can just 'sense' what is meant.
• Doriado is the most silent of the deck, seeming to be the watchful mother figure over the charmers more than anything and being the rarest to be summoned, she takes to his field when times are direst. A silent, beautiful figure to stand amongst the Charmers, whenever Doriado takes to the field everything around her seems peaceful no matter the situation.
• When he is unsure of what he should do next, Kyon has developed the habit of drawing a random card from his deck and allowing that to show him the way. I.E. drawing Hiita would tell him to be rash and “Just go for it” whilst drawing Doriado will tell him to be calm and patient. 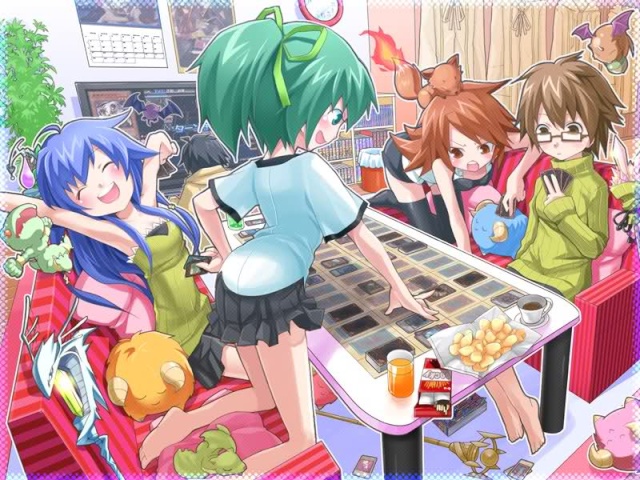 Thanky, I'll use this later

Behold, Kyon and his charmers! 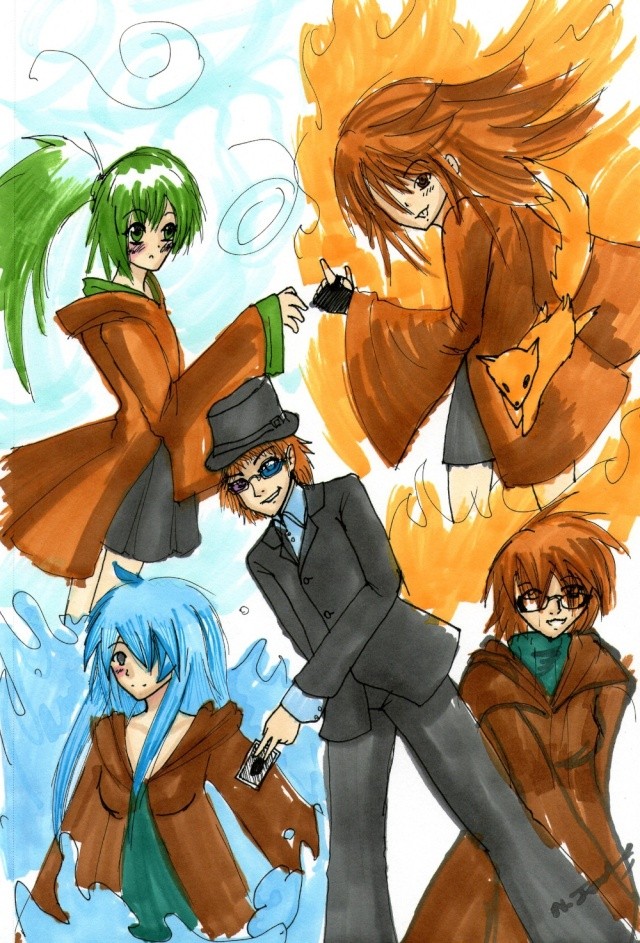 Lol at the image. I findit quite entertaining. Did you draw this yourself?

Naw, commisioned a freind to do it for me. I carnt draw to save my life.

Lol, it looks similar to something you'veshown me before. That's why I asked Stil nice though.

My only problem is that Aussa isn't represented well. She's just kinda there.

Aye. You can tell that his fav of the charmers is Hiita

I think Eria looks the nicest out of the four in the pic though. However this opinin is completely biased xD

Been looking at my charmer deck and I continue to find the Solidartiy card to be both useful yet to have a picture that dosent match at all (Ojamas dont match the deck) sooooo....this is what it looks like in Kyon's deck: 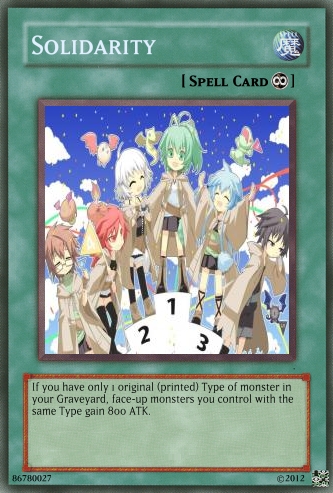 Lol I'm notsuprised at tha picture, I've had it for a nuce bit of time now xD

I'll edit this tomorrow, bed time for me xD

We need the next session to start! xD