[21:08] <@Karm> Your both sat in a large jeep with several other people all dressed alike, Its been six months since the outbreak started since then the army failed to destroy the infection
[21:10] <@Karm> three weeks you have been stuck driving to the remains of New York, most of you are hungry and are starting to get annoyed at the slightest remark
[21:13] <@Karm> after a while the driver, a burly man in his late thirties, shouts back to you all " We're nearly there now! can see it just over there" he points at a few buildings in the distance
[21:14]

can you mark out important places? Stores, police offices and such? 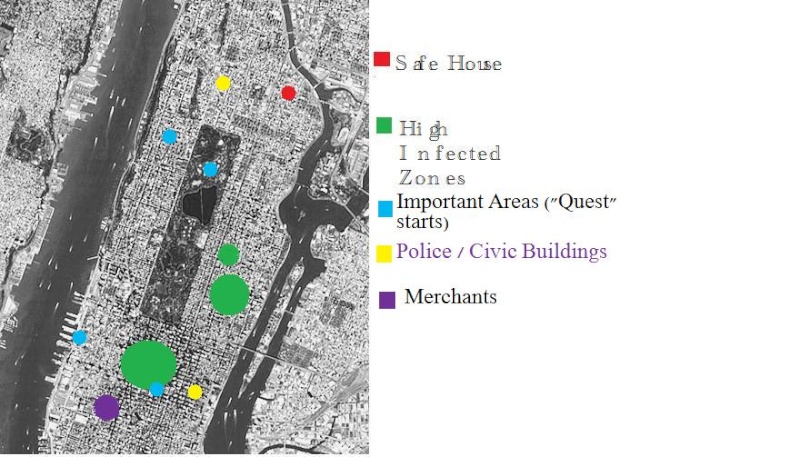 Ok Done, Just remember your map in game will only be the origanal Pic, but you may choose to head to any quest start and you will find the other places during those tho the final one will end with you oving to another city

I vote we move to that Polic/Civic building next to the safe house first.

Ok its Police station, any reason you want to head there?

Similar topics
» Charging items for the monster collections
» Zombie RP -APPLICATIONS-(by queen and terezi)
» Hunting zombies
» The new quests and Zombies that started about 30 minutes ago.
» Hello I want to know about the history of the zombie hideout