The beginning of this campaign will see each player run a short introduction, and then join the group to begin the main adventure. I look forward to running this with you guys!

[23:46] <@Codex> The wind flows through your hair as you stand atop a hill overlooking the port-town of Kemlyn. The air is salty with the smell of the sea and gull calls chime through the sky. Watdo?
[23:48] <Spiritcurse> "Finally, civilisation..." I mutter, striding towards the town and adjusting my bag. "Should be able to stock up here at least."
[23:49] <@Codex> The town looks very small from up here, though you see a small market place, if you could call it that. Looks to be about a five minute walk.
[23:50] <Spiritcurse> Bag adjusted, I continue walking, breaking into a light jog as the breeze lifts my spirits.
[23:52] <@Codex> You jog gracefully through a thick patch of trees to get to the town, but as you do so, your foot catches on something and you hear a mechanical clank behind you.
[23:53] <Spiritcurse> I turn to the noise and crouch to investigate.
[23:55] <@Codex> A metal maw presents itself to you, with it's rust covered teeth. This thing couldn't have taken off an arm or a leg off of you, but it would definately have left you infected.
[23:56] <Spiritcurse> "Probably just a hunter." I go back to my jogging, taking extra care to avoid undergrowth and the like.
[23:56] <@Codex> As you look over the odd contraption, you hear shuffling in the brush about 50 foot away from you.
[23:56] <Spiritcurse> "Is there somebody there?" I call out, scanning the area.
[23:58] <@Codex> The wind rustles the brush about and you see an odd creature ahead of you. It's very small and looks far too... fluffy for this climate.
[23:59] <Spiritcurse> I ask "Aww, hello! What are you?" while shuffling closer to it, one hand outstretched with a small chunk of meat from my bag.
[00:01] <@Codex> It freezes at your approach and you notice that it's eyes are red. You have never seen anything like the creature before, but you identify it's white fur and four legs, the hind two of which are far larger than the fore two.
[00:02] <@Codex> You hear the snap of a branch and a curse from a fair distance behind the bush that this creature popped out of.
[00:03] <Spiritcurse> Setting the meat carefully on the ground, I continue. "Don't worry, I'm not going to hurt you." Then I flick my eyes up, to investigate this new noise.
[00:07] <@Codex> The creature skitters off quick as a flash. It appears to be extremely confused. Pushing through the bush ahead reaveals a clearing which a calming breeze strolls though, A strong contrast to the twang of a bowstring.
[00:08] <@Codex> An arrow shoots past you and embeds itself into a nearby tree. There are draw markings on the dark feather protruding from the arrow.
[00:10] <@Codex> Yet another arrow embeds itself into the tree and you hear a voice curse in a language unknown to you. Ahead is a single drow, in the process of dropping his bow and reaching for a shortsword at his belt.
[00:18] <Spiritcurse> I sprint towards him, drifting of the ground as I do. Halfway there, I leap into the air, landing behind him, and blast him simultaneously with a jet of air and a blade. "Lay down your arms, and you'll merely die."
[00:20] <@Codex> Rolling forwards with the momentum of your air jet, he swings around with his newly drawn blade and swings wildly, letting out a battle-cry you have heard before.
[00:21] <@Codex> The blow was too wild, you easily parry it. He is left unguarded.
[00:23] <@Codex> You hear more scrambling about 50 feet away behind the trees to your left, someone is running away.
[00:26] <Spiritcurse> I swing for his head but miss, focusing mostly on conjuring a small telekinetic construct, which I send after the trap I almost stumbled into before.
[00:27] <@Codex> Scrambling away from your last blow, he takes the oppertunity to strike again, this time going for a stabbing motion rather than a swing.
[00:28] <@Codex> The wind seems to blow his sword off course and his eyes fill with worry.
[00:28] <Spiritcurse> "That's right. Beginning to regret this?"
[00:30] <Spiritcurse> I mutter another command to my creation, then slash towards the eyes of the drow, my sword glinting in the light.
[00:35] <@Codex> With a crack, the drow falls limp at your sword, making the clearing a lot less pretty. Or a lot more, depending on what you're into. The breeze flutters through again, but this time it is filled with purpose. A word is carried upon the wind.
[00:36] <@Codex> "...the chalice..." echoes upon the wind and you feel the word whisked away, along with something else significant that was in the clearing a moment ago.
[00:38] <Spiritcurse> "Hmm... I should probably get to town" I say to nobody in particular, then dismiss my mage hand and walk.
[00:39] <@Codex> The rest of your journey is uneventful, you reach the town that is filled with people. Elves, Humans, Dwarves, even a Tiefling walks among a group a robed humans, laughing and joking. The population looks a lot more elven than anything, with Humans coming up second and dwarves a close third.
[00:41] <Spiritcurse> I head for a tavern, preferably a busy one, and keep my ears wide open for rumours or interesting gossip.
[00:42] <@Codex> ~~~End of Session!~~~
[00:42] <@Codex> To be continued, says the lazy DM. 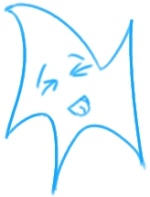 Sorry for missing the ending, I had to drive someone home.. not that you guys needed me xD

On a compleely off topc subject, that was dangerous xD

Kite, if you can get on skype with us, we can skip a lot of the typing in OOC and we actually communicate, making the game run a bit faster. Fancy hopping on skype with us next time?

Similar topics
» This game sure can be adamant about wanting players to take certain weapons
» Luck O' the Bearish Instant Win Game
» The wish game
» Outcry. The shimmering game
» What Would You Like In A New Tex Murphy Game?