The world has been subject to desolation. No two ways around it, once it got going, the world was in every sense buggered. This is here to instruct you of the history of this once great world; sit back in your seat and enjoy the ride....

After the apocalypse, the dregs of the church clergy, almost seemingly untouched by the disaster seized power. They constructed settlements at first, converting people to the cause and slowly built in power, turning wandering bands of survivors into colonists and religious fanatics. They denounced the works of old as objects of heresy and evil, that using them again would only lead to damnation and they began to destroy these, obliterating any trace of the past when and where they found it. After their ‘Great Purge’ they settled down, cities and settlements were erected and began to flourish and prosper.

However, their remained a rotten stench, a cancer, a well of uncertainty and hate at the base of the community. People began to wonder, why are they destroying the old tech? Would it really do us that much harm, they began to grow suspicious as the clergymen grew fat and old in their towers. This turned into a full blown rebellion, after years of church reign, the people rose up a cut them down, the remainder of the church scattered to the wastes; an inhospitable and vast space in-between cities, full of bent metal, hungry creatures and remnants of the old world.

The people’s leader began to establish his rule; he uncovered some secrets that the clergy had been hiding from the masses, the use of steam and the use of metals and gunpowder. There began a new age of prosperity, the age of steam, iron and lead. There was at first general goodwill to the new rulers, they were well liked and revered, but as most, they soon became decadent, foolhardy and foolish.

Their rule became one of iron; the image of a united kingdom was shattered. The cities broke off into their own civilisations in their own right. There are now pirates, people who object to the order of things and fight for freedom, seen as some as vagabonds and savages, others as saviours and angels.

To whom it may concern
My name is Sonni Blackthorn, you probably have met me but not made my acquaintance, at least not with you knowing of it. However, I write this to you, not for reminiscing, but for a proposal, a business venture if you like. It is a relatively simple task but not without its dangers, however one I cannot perform, Lord Ironcog has not been too friendly of late to men of... my profession and I must therefore task it to someone else.

The task in question is to retrieve a device of mine that has been stolen, you need not know what this device does but only who possesses it. This person is one nobleman, a Felix Merriford who is in the trade of bounty hunting; particularly the large bounty placed upon my head. I have received information that he is in Grimstien, Lord Ironcog’s city, thus forth I cannot retrieve it myself as my face it too well known within the guard.

I cannot begin to describe how valuable this device is to me, he must not be able to unlock it. If you choose to accept this proposal then you should meet at the city gates tomorrow, bring the tools of your trade and money, clothing and food for travelling. You will be met by a one of my associates who will instruct you further from there. I assure you that you will be paid handsomely for the safe return of this device

Do not fail me. 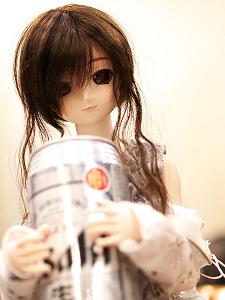 so when are we running this?

also, SC missed his train, so he wont be home until... soonish 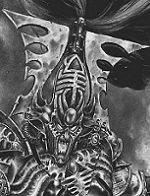 Irc.thisisnotatrueending.com (thats "This is not a true ending" minus spaces)
channels (you can type /join to join another channel)
#LegionRPG
#LegionOOC

It wouldn't let me on the fucking channel.

That was fun, same time next week?

Then I want to check out the upper city, anyone else coming? 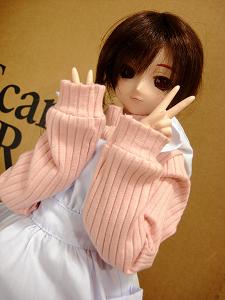 Oh, btw, something I need to mention, spending character points can only be done on something that it is logical you have done this game. For instance, you could learn pilot but only if you'd been in or been taught about them by a CPU
_________________

Fuck. I'ma save mine for later then.

Sorry i wasnt on friday, ive been asleap the past few days

Meh, It's fine, the game basically ended then but it was more a game to introduce you guys to the world, the time that Mike's swords and sorcery game will take should give me some time to flesh out the world and make enough character sheets for enemies for the next time we do a Steampunk GURP game, It'll also give me time to make a full blown adventure ^^
_________________

Similar topics
» This game sure can be adamant about wanting players to take certain weapons
» Luck O' the Bearish Instant Win Game
» The wish game
» Outcry. The shimmering game
» What Would You Like In A New Tex Murphy Game?